The Palace is open —

You are welcome for a visit. 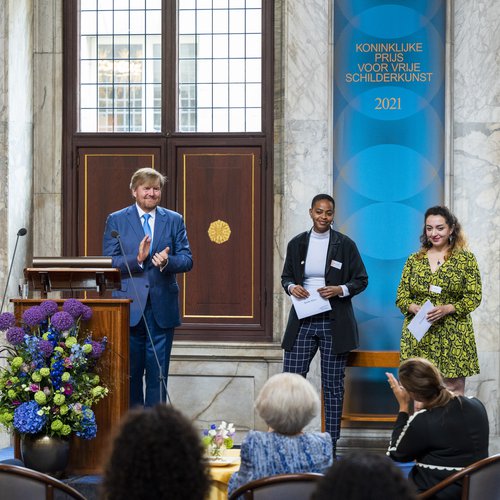 On the 14th of July, His Majesty the King presented the Royal Award for Modern Painting 2021 at the Royal Palace Amsterdam to three talented young painters. This is also the venue for the annual exhibition that accompanies the presentation. This show includes the work by the nominees, highlighting the work by the winners.

The exhibition of the Royal Award for Modern Painting 2021 is on show from 15 July – 3 October at the Royal Palace Amsterdam.

Having viewed the exhibion, the public awards its own prize. You can choose your favorite work. The work that has received the most votes will be raffled among the visitors who have voted for it.

This year the prize celebrates its 150 years anniversary! 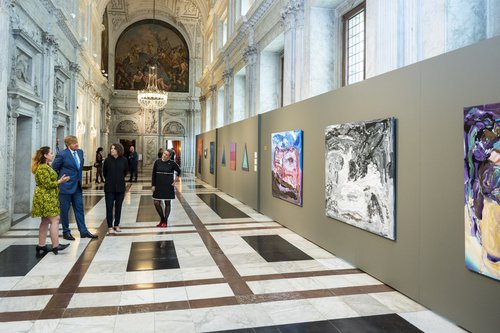 The Royal Award for Modern Painting is an incentive award that was created to encourage talented young painters who are active in the Netherlands in their artistic development. It was instituted by King William III in 1871, and subsequently developed by Queen Emma, Queen Wilhelmina, Queen Juliana, Queen Beatrix and King Willem-Alexander into a tradition of royal commitment to painting.

Each year three young artists are presented with a Royal Award of € 9,000 tax-free. After the award ceremony the King will open the exhibition with works of the winners and nominees.  The list of nominees is carefully compiled by a professional jury through two judging rounds.

We are celebrating the 150th anniversary with a special exhibition in the galleries and rooms of the palace. Trailblazers celebrates the bold imagination of participants from the rich history of the Royal Award. 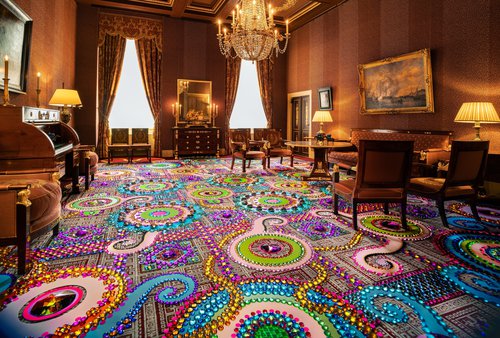 Guest curators Mirjam Westen and Richard Kofi invited seventeen former participants in the Award (1980–2020) to exhibit their work. They are trailblazers, who interrogate, stretch, disrupt and reconstruct the boundaries of painting. Each one approaches form, material, imagination and subject matter in his or her own innovative way. They exemplify the way in which the Award encourages artists to find their own style.

In the accompanying audio guide, you can hear the artists themselves discuss their work and the Award.