You are welcome for a visit. — 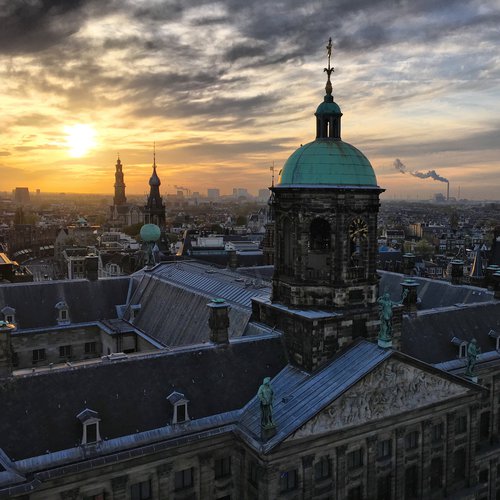 In the middle of the capital stands the Royal Palace Amsterdam, King Willem-Alexander’s official reception palace. The Palace plays a major role during state visits, but also other royal occasions, such as New Year’s receptions, gala dinners and award ceremonies. In addition, the Palace is open to visitors as much as possible. A living building where you can follow in the footsteps of royal guests through its imposing rooms and halls.

The Palace is the largest and most prestigious building from the Golden Age, making it one of the Netherlands’ most important monuments. It was originally built, not as a palace, but as Amsterdam’s town hall. Architect Jan van Campen designed a building which would reflect the power and wealth of Amsterdam in the 17th century. 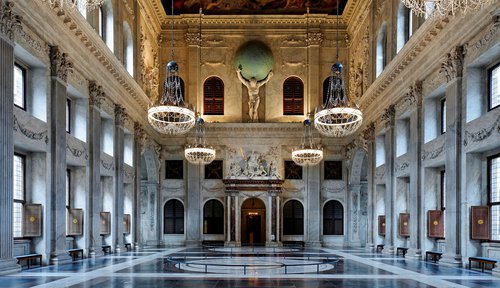 In the heart of the building, the grandeur of the Golden Age is still alive in the Citizen’s Hall and marble galleries. Sculptures and paintings by famous artists—such as Rembrandt’s students, Govert Flinck and Ferdinand Bol—tell the story of Amsterdam as the centre of the universe. They remain impressive to this day.

In 1808, King Louis Bonaparte first transformed the building into a palace. His stay is still tangible today and his magnificent Empire furniture—one of the most beautiful collections in the world—is still used during royal receptions.

For around 200 years, the building has been used as the official reception palace of the Royal House, where world leaders and heads of state are received. A building in which the throne is passed from one monarch to the next  and royal weddings take place, where history is written. And where you are warmly welcomed.