You are welcome for a visit. —

The Royal Award for Modern Painting

The Palace of Orange

For more than 200 years, the Royal Palace Amsterdam has been one of the residencies of the Dutch Monarchy. The Palace is used for receiving foreign Heads of State, royal receptions and award ceremonies. And the Palace plays an important role in royal marriages and in the abdication and investiture of the Monarch. 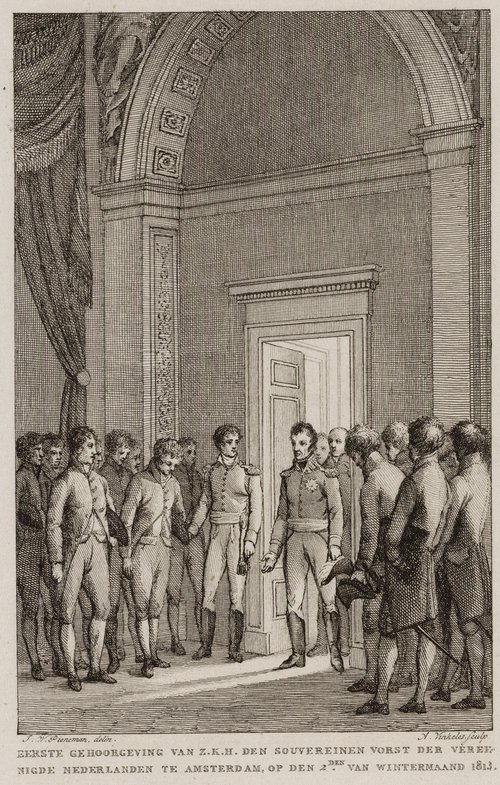 After Emperor Napoleon was defeated in 1813 and the French pulled out of the Netherlands, the last Prince of Orange returned to the country. Frederik Willem van Oranje-Nassau, son of the regent William V, lived for years in exile in England.

The moment he set foot on the Dutch sea shore, he travelled to Amsterdam and was proclaimed Sovereign Prince at the Palace. Two years later, he was inaugurated in Brussels as William I, King of the Netherlands.

The Town Hall remains a palace

The Amsterdam city council offered William I the use of the former Town Hall. After all, it had been furnished as a palace by King Louis Bonaparte. In those first years, William I often used the Palace in the capital, for example, during the state visit of Russian Tsar Alexander I. Later, he only stayed there for a few days a year, a pattern largely followed by later monarchs of the House of Orange. In 1934, the city of Amsterdam sold the Royal Palace to the Dutch State, which has since put it at the disposal of the Head of State.