We look forward to welcoming you.

The Citizens' Hall was designed to be the heart of Amsterdam’s Town Hall. The enormous space – 34 metres long and 25 metres high – was freely accessible to every citizen of Amsterdam.

The universe in miniature

The architect, Jacob van Campen, devised a clever way of using imagery in his Citizens' Hall. On a throne above the entrance is the Amsterdam Maiden, who represents the city. She looks down over the world and the northern sky, which are represented by large maps in the floor. Around her are statues depicting the four elements and, in the galleries, are statues depicting the planets. The unspoken message? Amsterdam is the centre of the universe. 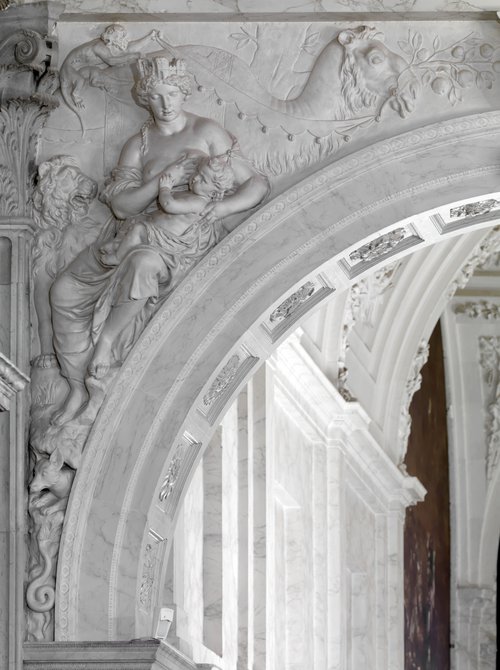 The four elements are represented as men and women, and carvings around the figures make it clear which element is being represented. For example,  ‘Earth’ is a woman feeding her child. She wears a crown on her head formed like city walls and she is surrounded by fruit and animals – a dromedary, a monkey, a lion, a fox and a snake.