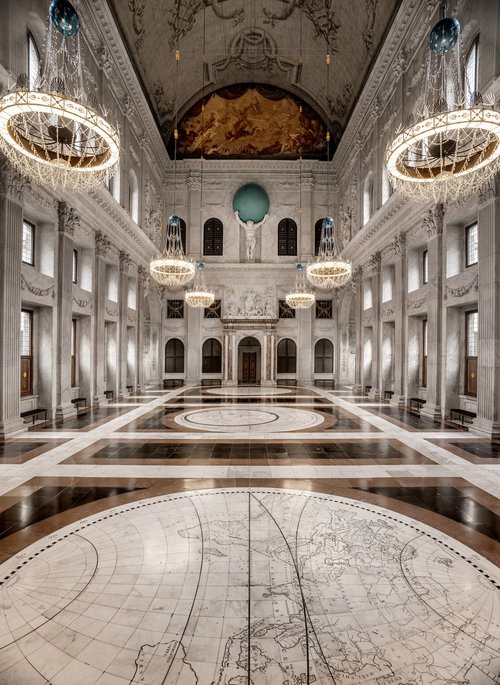 The largest maps in the entire world can be found in the floor of the Citizens’ Hall, in the heart of the Royal Palace Amsterdam. The three maps of the world and the night sky each measure an astonishing 624 centimetres in diameter. They are an essential part of the design conceived by the architect Jacob van Campen for this building: his entire concept was based on creating the impressive town hall as a miniature universe.

The Universe of Amsterdam 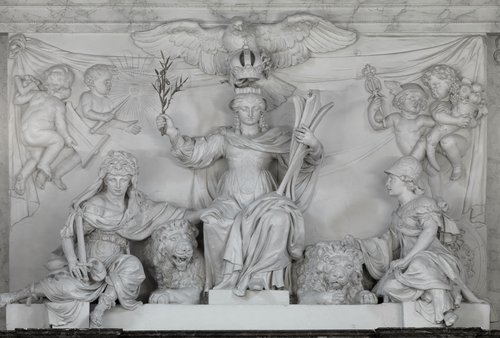 In the Citizens’ Hall, marble reliefs with the four elements (Earth, Water, Fire, and Air) and garlands of flora and fauna together make up the terrestrial microcosm. Statues of Roman gods in the corners of the surrounding galleries symbolise the planets of our solar system, the macrocosm. Enthroned at the centre of this universe is the Maid of Amsterdam, above the entrance to the hall. The world and the night sky are literally spread out at her feet.
This was an unequivocal statement.

The plotting of the celestial map 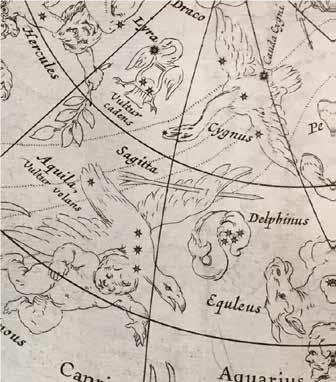 It was recently discovered that the map of the night sky looked completely different in the seventeenth century. When the map was first made, line drawings on the marble indicated the contours of the groups of stars, or constellations, that are known by the names of human types, animals, or objects, such as Orion, the Great Bear, or Libra (=scales). 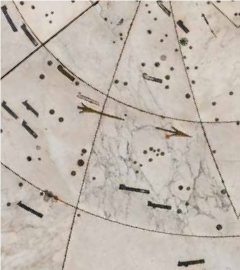 These are depicted in old maps as actual figures.The marble map shown here was modelled on the map of the night sky published by Willem Blaeu in 1628. Parts of the constellations were inlaid in metal in the floor.

These include the club wielded by Hercules, although the god himself is no longer visible: all the painted lines were worn away centuries ago.

The Golde Age of cartography 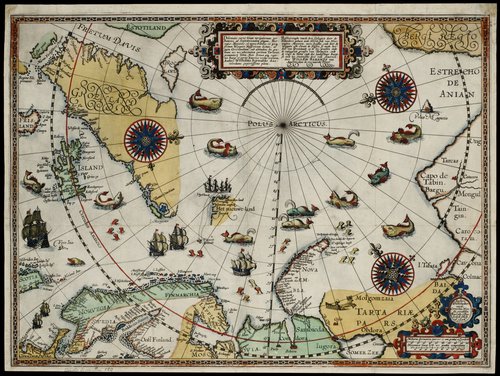 In the former town hall, nowadays the Royal Palace Amsterdam, three spectacular maps were inlaid in the floor. Even today, they are still the largest maps ever made. This is not surprising, when we recall that Amsterdam was then the world’s leading cartography centre. The best and most ambitious cartographers worked in the immediate vicinity of the town hall.


An unimaginable number of maps and atlases were published here, containing a treasure trove of knowledge. They brought the world within reach of the interested general public.

In this exhibition you will learn the story behind the maps in the Citizens’ Hall and see the most beautiful maps and atlases made in the seventeenth and eighteenth centuries. This exhibition was produced in partnership with Allard Pierson│ The Collections of the University of Amsterdam.