The Palace reopens at 15 July. You are welcome for a visit.

The fall of Icarus

Two emperors in one 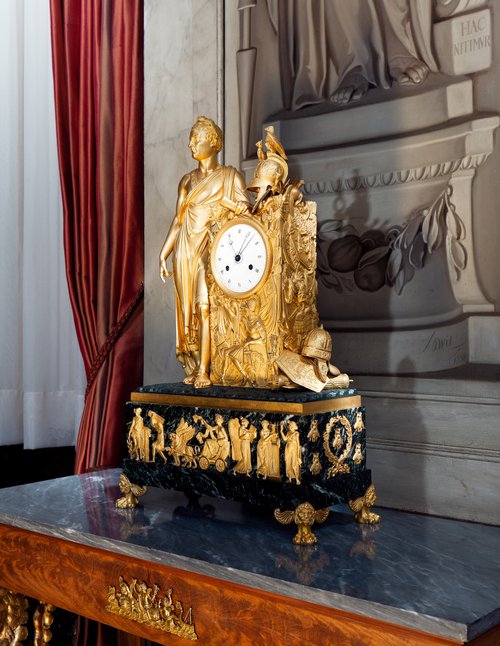 Emperor Napoleon liked to compare himself to the great Roman emperors of antiquity. His brother, Louis, who was King of Holland since 1806, ordered this clock for his Amsterdam Palace. It is a portrait of his brother shown as Julius Caesar. He leans against the clock, which is decorated with Roman weaponry and trophies. This clock can be seen in the Moses Room.

A New Town Hall for Amsterdam