The Palace reopens at 15 July. You are welcome for a visit.

An Emperor on Dam Square 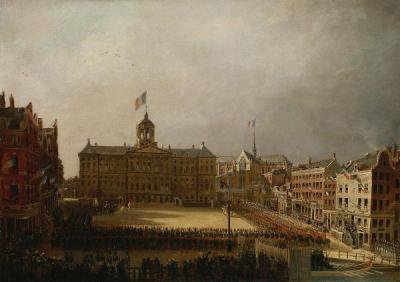 Following the abdication of King Louis Bonaparte in 1810, the Netherlands was annexed by France. Amsterdam became the third city of the French Empire and the Amsterdam Palace became an imperial palace. In 1811, Napoleon Bonaparte and his wife, Marie Louise, were met by large crowds in Amsterdam, while an enormous French flag flew from the top of the Palace tower. The imperial couple spent exactly one night in their Palace.